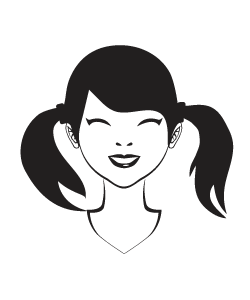 Although most people don't think about it, there are a few different safety issues with storage, especially if you have to stash a lot in one unit. In addition to stacking things too high, it is also possible to deal with trip and fall hazards. I started to think about how to identify and resolve storage use safety challenges, and a friend of mine mentioned that by storing things carefully, things could be a little easier. I wanted to start a little website that talked about making smart storage decisions, since it could help you to keep your family and friends safe.

Do You Want To Move Your Gym Business? 3 Ways A Moving Company Can Make Relocation Easy
11 November 2022

Is it time to relocate your gym business? You must …

Since moving furniture on your own can be a challe …

Before you commit to any particular moving company …

Do you have an upcoming move but are a bit overwhe …

Before you take your motorcycle to self-storage, you need to prepare it to reduce costly damages during storage. Here are some of the preparation tips to take.

Make it a habit to clean everything before long-term storage—motorcycles included. Dirt and debris attract moisture and rodents, both of which can damage the motorbike. For example, moisture can trigger corrosion on the metallic parts of the bike, of which there are many. It is also easier to get rid of the dirt before storage than after storage when it has set in.

Engine oil performs multiple functions. It cleans the engine, aids in the filtration process, and also cools the engine. The engine oil picks up considerable debris, such as carbon deposits, as it does its work. If you store the bike with used or dirty oil, the oil will deteriorate and the debris will separate from the oil. The collected debris can cause multiple damages, including the corrosion of the internal parts of the engine.

In fact, you should also change other fluids, such as the brake fluid, the clutch fluid, and the coolant. Replacements are particularly advisable for fluids that haven't been replaced in a while.

If you leave the battery connected, it may run out of juice and spoil during the long-term storage. To prevent this, you can remove the battery and store it separately, ideally with a trickle charger. There are also trickle chargers you can use on the battery without disconnecting it from the bike. The aim is to ensure the battery doesn't run completely out of power during storage.

Store It off The Ground

Fuel absorbs water. This is usually not a problem because fuel doesn't stay in the tank long enough to absorb dangerous levels of water. However, during long-term storage, the fuel might absorb enough water to cause corrosion and damage the delicate parts of the bike, such as the carburetor. Add a fuel additive to the fuel to keep it stable and to prevent water-related issues.

Contact a storage center to learn more about how to prepare items for storage.